The Way We Are: Miss Tsui (Idy Chan) & Cheung Ka On (Juno Leung)

Comments Off on The Way We Are: Miss Tsui (Idy Chan) & Cheung Ka On (Juno Leung)
ann hui 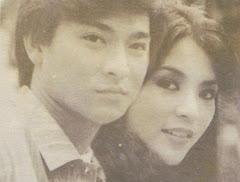 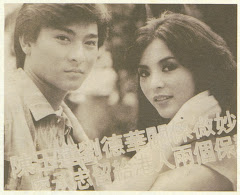 Out of touch with Idy Chan

Just a few days ago, I received an email from this film producer/director/consultant asking for Idy Chan’s representatives. At first, I thought it was one of the million spams that supposed to go into my “Spam” folder everyday. Then I googled the name of this producer, it’s so surprising that s/he is credited in many television works in the States and Canada. So I quickly replied back that I’m simply just a fan. The person replied me back within minutes asking if I would happen to know the name of Idy’s manager/agent, and once again, I disappointed the filmaker’s arguably genuine request. Click Here to see the content of the email as the proof.

Certainly that Idy isn’t in high demand in HK showbiz anymore and especially with her brief comeback for TVB’s “Catch Me Now” and cameo in Ann Hui’s docudrama “The Way We Are”, she received heavy and unwarrantable criticism from media, audience, and even her own fans. But what surprised me, that there’s still random filmakers out there are still interest in her. Of course, I wouldn’t know for sure if the true intention of this filmaker looking for Idy, but I bet anyone would quickly guess that the email is asking for her to offer a role… right?

Anyways, if Damian Lau didn’t meet Idy when filming in Vancouver, and if Idy wasn’t there at that very moment, we could never get to see her on screen again, the world would be completely out of touch with her. And that’s how I feel now since she disappeared after CMN to live her quiet humble life.

[AppleDaily] Director Ann Hui 許鞍華 latest work “The Way We Are 天水圍的日與夜” will be one of the featuring films at The 32nd Hong Kong International Film Festival HKIFF (March 17 – April 6, 2008). Idy Chan 陳玉蓮 has a cameo role. The movie premiered on March 27 at HK Cultural Centre.

Idy Chan Yuk Lin, Damian Lau Chung Yan, Joe Ma Tak Chung, Fala Chen, Sharon Chan Man Chee, & others attended “Thieves With Principles (lit.) 盜亦有道” costume fitting function. This is the first TV series for Idy’s comeback to the circle, and to welcome her, Damian specially gave Idy a thermos so she can use for tea breaks during the shooting, others joined along by setting a folding chair for her to sit at break times. Seeing everyone’s so caring, Idy was very touched.

Idy revealed that this time working for TVB all because of her connection with Chung Gor [Damian]. Last year, Damian & other “歲月風雲 The Drive of Live” cast & crew went to Vancouver for shooting, they encountered Idy during a tea break at the restaurant. Everyone started soliciting support Idy to resurface, she then told them that she’ll consider it. When TVB informed that Idy’s considering to make a comeback, they have different managers & producers to contact her. Hasn’t acted for so long now, worry any unfamiliarity? Idy said “I most worry about having NGs or outtakes, because the other day I was acting guest role in Ann Hui On-Wah‘s production on two filming locations & because of walking positions & dialogs weren’t right causing several NG takes.” Idy hopes others will go easy on her for this series. “I’m mentally well prepared, therefore I hope to act my role calmly, thanks to everyone, hope everyone is somewhat harmonious, forgive me when I have NGs.” (Can ask for a certain time for break everyday?) (Reported that Anita Yuen Wing Yee [Mrs. Julian Cheung Chilam] has requested a certain break time everyday since she’s going to play in another new TVB series) “No, but everyone has clearly understood what need to be done.” Idy will be playing a married woman with a young child, but there’s no intimacy. There’s three that Idy doesn’t want to play: sex appealing, kissing, and love talks. TVB City is just like Department of Defense! Threading her steps into TVB City, Idy joked that it feels like going to Department of Defense. She said “TVB City is just like DOD, because of so many customs, just like this morning, because I hadn’t signed the official contract, the staff wouldn’t let met to put on make-up. Until I fulfill signed the agreement, they let me put on make-up”. Damian serves as “Ah Sai” [probably a Cantonese slang for servant or maid/helper] Damian said TVB entrusted him to treat Idy well & would make her feel like home again, he ensured Idy that he’ll be pouring water & serving tea for her during filming. Damian said that he’s making this series because of the courtesy calls between Idy & him. Idy modestly said “Chung Gor favors me! Chung Gor & Mr. Ma [Joe Ma] will be leading…”. Joe’s face got blushed & he appeared awkward. Damian will be a thief robbing the rich & helping the poor and he has to keep fit to play this role with Idy. Idy said “I haven’t been keeping fit, but I know when start filming will become thinner”.

[Also see translation @ JayneStars][It’s very nice to see everyone welcomes Idy so heartily. It’s totally awesome to know that director Ann Hui offered Idy to guest star in her new projects. If you have time, revisiting the article on MingPaoWeekly dated Apr 14, ’07 @ CYLO. I guess Idy lately has expressed that filming is tiring & she’s so used to be “spoiled”, and hadn’t worked in wee hours for years, with the thermos gift & folding chair treatment, I hope she’ll enjoy filming this series]