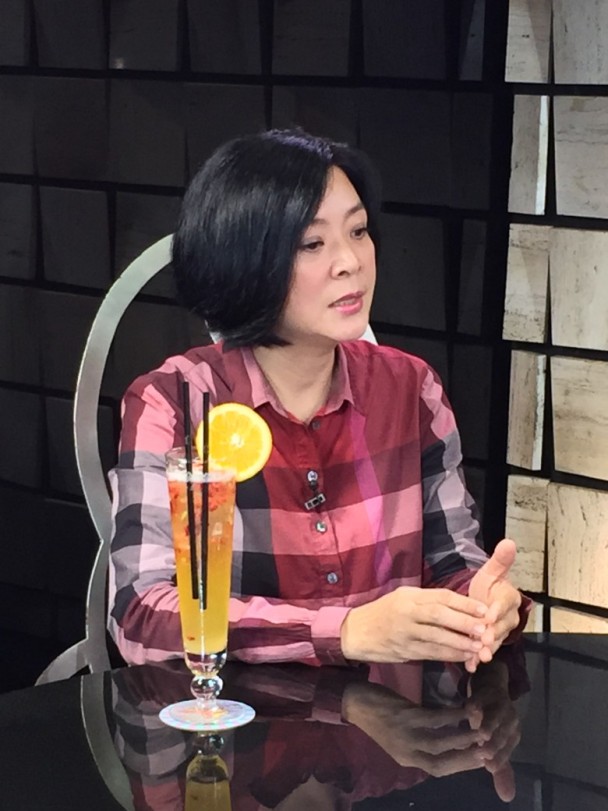 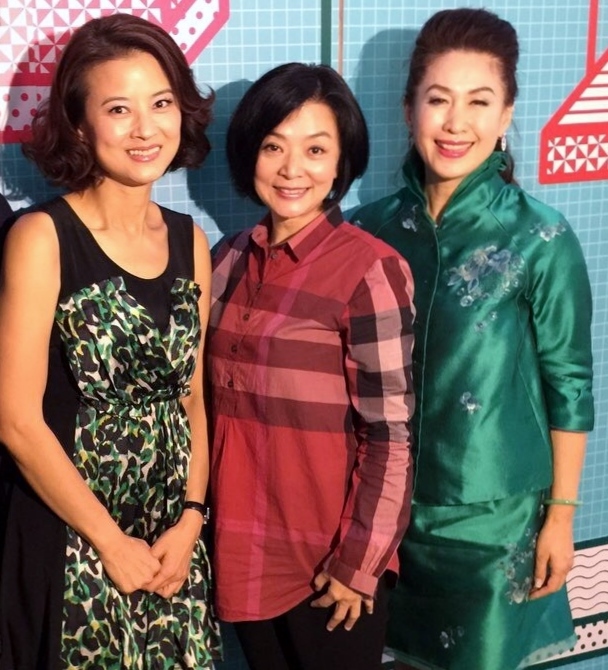 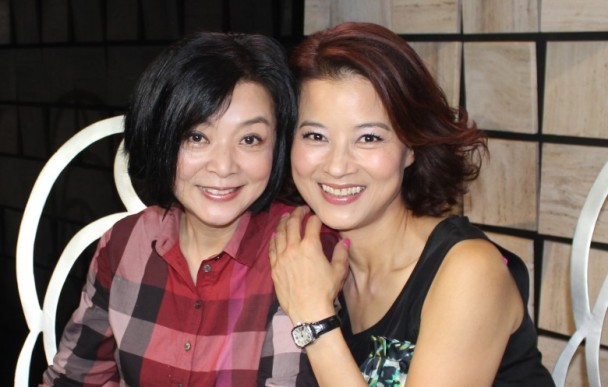 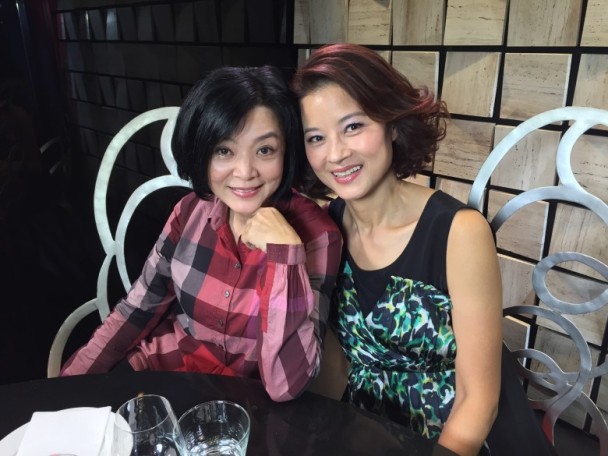 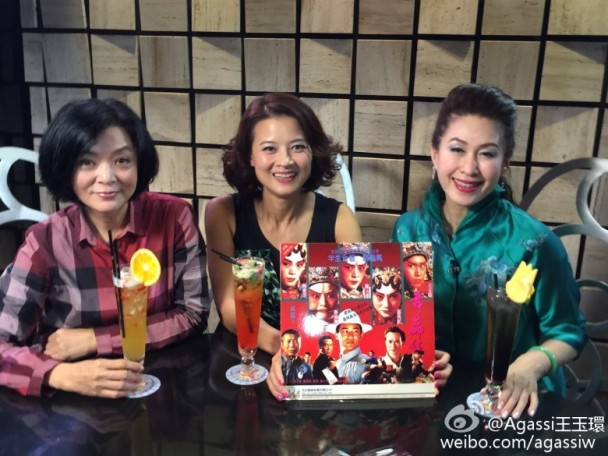 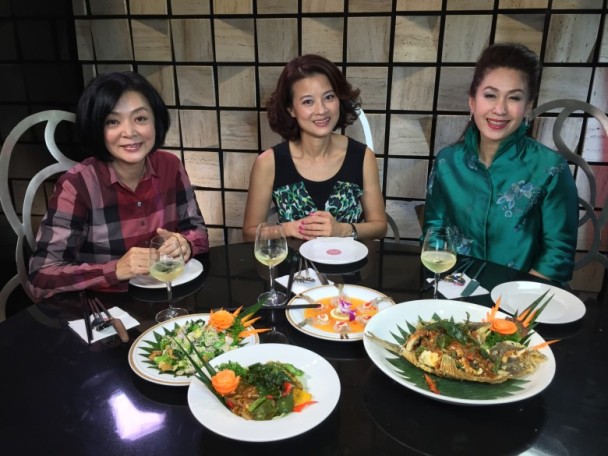 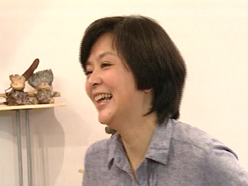 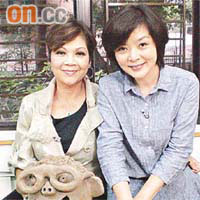 [It’s interesting to see 3 Tigers, Andy Lau 劉德華, Kent Tong 湯鎮業, and Felix Wong 黃日華 shared their thoughts and views on Idy as a person, colleague, and actress. Andy was speaking in Mandarin, and he’s kinda awkward and wasn’t looking at the camera at some moments when speaking about how he fell for Idy back then. Poor guy. Felix seems to understand Idy, as a friend, the most. Somehow, Eric Li 李潤庭’s voice sounds similar to Stephen Chan 陳志雲’s of Be My Guest 志雲飯局. Cool interview! However I wonder why it takes CableTV Ent. News or CEN so long to air these interviews. It’s been 4 months since this interview was done, in mid-September 2007. Again, it’s first aired on Jan 24th 2008 and 2nd rerun on Jan 27th 2008 (CableTV channel 13 in Hong Hong).]

Here’s the brief of what 3 Tigers say about Idy:

Andy lau : She and I are fated [Then he talked about their first collaboration at HK radio]

She and SLL are the same, one lives in modern and other’s from ancient time. Living in modern time is difficult and that’s why she has more problems.

I’d tell her that I like her, but she gave no feedback, nothing I could do.

Kent Tong Chan Yip: We worked together in many series DGSD, ROCH, etc…

She’s such a cool person, very quiet. She fits the role Wong Yu Yin, WYY and SLL are similar so SLL fits her well too

She’s very lip-tight about her personal love life, she doesn’t talk about it at all.

Derek Chiu Sung Kei [director of movie “Brothers” starring 4 tigers: andy, felix, kent, and michael miu kiu wai]: When speaking of Idy we have to relate to SLL, harm nobody, her personality is very appealing, very charismatic. She’s such a legend.

Felix Wong Yat Wah: She entered the circle just a little before me. therefore, she’s my “senior”, I’ve always respected her and listened to her.

She’s a very quiet person, she doesn’t like to talk much. During break time, she’d sit by herself thinking, reading books, but when you can engage in a conversation with her, she has such a beautiful personality.

Don’t judge just because she doesn’t talk much. Give her any roles, from quiet to strong, and active characters, she’d play all very well. She’s really engaged into her roles. She’s very versatile.

The most happy time I remember was filming The Grand Canal. We all went to Xi’an to film. Then we’d eat meals together and hang out. We’d continue to hang out when return to HK. The most difficult one when we filmed “The Wild Bunch”, she and I played a pair. There’s so many outtakes for one scene, she slapped me [not quite understanding this part], and that she didn’t talk to me for a long time.

Because I already married, so often no feelings between me and her. But wow, her SLL character is so attractive. She and I are really good colleagues.

I’ve heard that she now has religious belief, she’s really doing good deeds for others, of course, it’s been a while since we worked together, now I just hope to see her, have tea and chatting, and what’s going on in our lives.

At the end of the interview, Ma Ka Fai [a popular HK columnist/scholar] shared his view on why Idy as SLL is the most favorite of all. Because she’s not that pretty, she has all the features that are just right and fit so well to be SLL.

Idy Chan 陳玉蓮 revealed that Andy Lau 劉德華 did treat her like his girlfriend. Andy once said “The only distinct between her [Idy] and Little Dragon Girl 小龍女 is that they weren’t born in the same time, one lives in modern time, one lives in ancient time.” However, others [reporters] thought she was “arrogant” and wanted to beat her up because she didn’t how and what to respond to their questions with answers like “I don’t know” “Please don’t ask me”.

But Andy Lau saw a difference in her that he did fall for her, he said “During the shooting for ROCH, I felt that she’s really my girlfriend. I was worrying for her and missing her everyday when going home. Later, when she played Alan Tam 譚咏麟‘s girlfriend in “Casino Raiders 至尊無上” [watch related clip], I was really falling for her that I was very sad.” But Idy had no ideas that Andy adored her so much.

In the eyes of the audience often see Idy as an angel and that’s why they paid attention to her, but she’s just like any ordinary person and faced a difficult life too. During her early years, she had to rent a 60-sq-ft room, sometimes had to wear the costume wig to go home, didn’t have time to change clothes or rest, and quickly return back to film again.

Besides studying her religion, in the past year, Idy has great interest in betting horse racing. However, she doesn’t gamble based on the winning and loosing of the horses. She based her betting from researching, watching TV, reading newspapers, and studying the background of the horses.

Idy Chan 陳玉蓮 accepted CableTV [i-Cable Entertainment News] interview, and talked about her years of fading out in entertainment circle. She revealed that she doesn’t have any working schedule at the moment and she uses the free time that she can’t do on ordinary days, such as “studying horse racing gambling”. Idy expressed that many of her friends don’t believe that she knows how to bet. But she actually is good at betting, and has been able to collect many materials to study, and hopes that through out the research can produce a systematic method [in horse betting]. In the past 10 years, Idy has also practice religious beliefs. She wishes to comprehend the concepts of life and death, and hopes in the future [next life] not to be human.