I know there’s people who haven’t watched nor finished watching “Catch…”, but this entry is like a cure for those who are suffering “CMN withdrawal” …like me. Hope you enjoy this amateur video (contains spoilers!) that I spent so many hours creating it. Let me know what you think, thanks!
[flv:http://tv.chanyuklinonline.com/catch/7l-KT-aaBW0.mp4 500 300]
Go HERE for information on the song and English translation of the lyrics, one of my favorite songs by Jacky Cheung. It just fits the relationship of Jack & Yung so well 😉 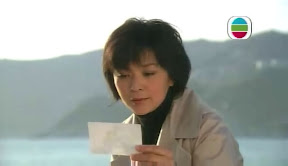 The good quality video for Special Alternate Ending – The Undead Legend is available for download @this Megaupload link.

A deleted scene discovered @lauchungyan.com. I believe that there’s many many more but most of the time TVB doesn’t include behind-the-scenes, the making of, special features, etc. in their DVDs, unless they’re deluxe, limited, or whatever else editions.

TVB Classic channel has been airing the 68-episode “This Land Is Mine 風雲” since April 28 (to July 28). This is the series in which young Damian was already the leading man paired with Fung Bobo, while young Idy only played a supporting role paired up with young Kent Tong [see clip below], Simon Yam, George Lam are also in this series.
[flv:http://tv.chanyuklinonline.com/land/KEkncryk_0M.mp4 500 300]